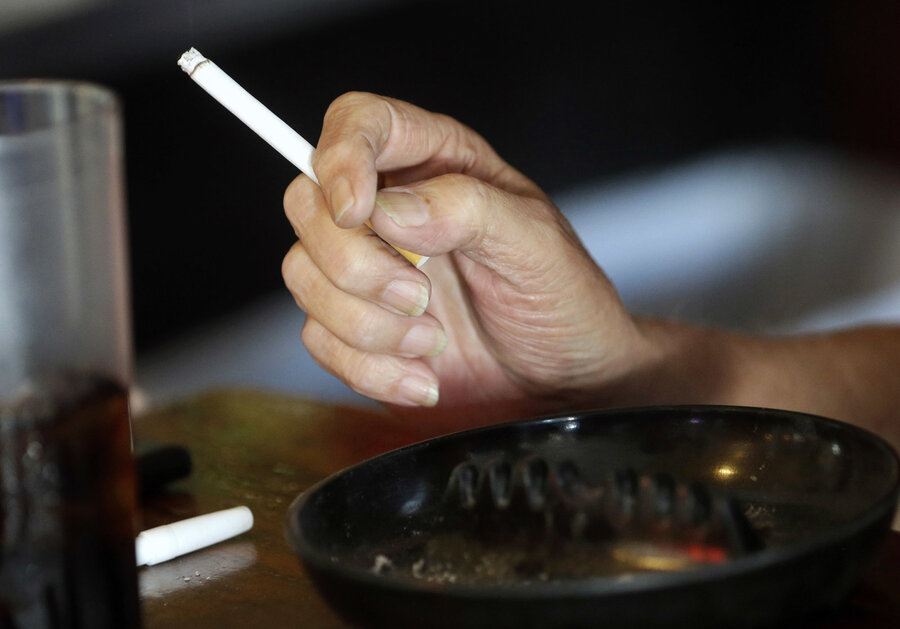 The U.S. isn’t doing enough to curb smoking for all Americans, according to a new report from the American Lung Association.

The annual “State of Tobacco Control” report, which evaluates state and federal laws and policies to reduce tobacco use, gave the U.S. an A for its anti-tobacco mass media campaigns in 2017, but an F for both tobacco regulation and taxes. The nation earned a C for its health insurance coverage for cessation treatments.

While some states made headway in 2017, there is much left to be done at the state and federal level to reduce tobacco use, according to the report. Smoking rates have fallen dramatically in recent decades – from 24.7 percent of all adults in 1997 to 15.5 percent in 2016 – but the declines have been inconsistent across groups, with adults living in public housing, experiencing poor mental health or lacking health coverage among the most likely to smoke.

The disparities emphasize the “uneven progress” across the U.S., the report said. More than 480,000 people annually die from smoking-related diseases or secondhand smoke, according to the Centers for Disease Control and Prevention.

Many states made significant strides in 2017, including Kentucky and South Carolina, which both made it easier for low-income populations to access smoking cessation treatments. Cities in Louisiana and Texas passed strong smoke-free laws, and Indiana, North Carolina and Tennessee saw funding increases of at least $1 million for their prevention programs, the report said.

Not all states saw progress last year, though. In West Virginia, where about 1 in 4 adults and 1 in 5 teenagers smoke, lawmakers eliminated all state funding for prevention programs – about $3 million for the 2018 fiscal year. Texas slashed its funding by almost half to about $4.4 million this year, a fraction of the $264.1 million recommended by the CDC, the report said.

“The infrastructure in communities is important, so sustaining the same levels of funding every year is particularly helpful,” says Thomas Carr, the American Lung Association’s director of national policy. “It’s going to be harder for people to get access to services to help them quit [in states that cut funding], and there’s going to be a lack of prevention programs going on as well.”

There were mixed results at the federal level in 2017, according the report. The Department of Housing and Urban Development will require all public housing facilities to apply smoke-free rules by the end of this July, protecting about 716,000 children and 320,000 seniors from secondhand smoke, according to the American Lung Association.

And a Food and Drug Administration anti-smoking campaign will now include ads targeted at teenage use of e-cigarettes or “vapes,” which have been sold in the U.S. for more than a decade. Although they may help adults quit cigarettes, young people who vape are more likely to try cigarettes, according to an analysis published on Tuesday by the National Academies of Sciences, Engineering and Medicine.

But last spring, the FDA delayed enforcement of a so-called “deeming rule” that gave it authority over e-cigarettes, hookah and other previously unregulated or new tobacco products, and the Trump administration’s appointments of former tobacco industry lawyers to senior roles in the Department of Justice has the “potential for conflicts of interest,” the report said.

“We’re really pleased with The Real Cost campaign, especially the targeting of at-risk populations it does … [but delaying] parts of the deeming rule is very concerning to us, especially given the rule was just out” in 2016, Carr says.

The report said states should shore up their efforts by concentrating on populations that are most at risk, expanding tobacco cessation coverage to all Medicaid programs, passing comprehensive smoke-free laws and increasing tobacco taxes and the minimum age of sale from 18 to 21.

Five states – California, New Jersey, Oregon, Hawaii and Maine – and more than 250 localities have already raised the legal age to purchase tobacco to 21, while 25 states and the District of Columbia have smoke-free laws for workplaces and five states have bans that cover restaurants and bars.

“Smoking starts in childhood – 95 percent of smokers start before age 21,” Carr says. “Brains are still developing, and nicotine changes the brain … so it in large part really isn’t a choice. You start by trying a few, you think you’re OK and then you’re hooked. That’s it, and it’s really hard to stop. That’s why prevention is really important.”